Notaries of Lithuania and Azerbaijan agree on closer co-operation 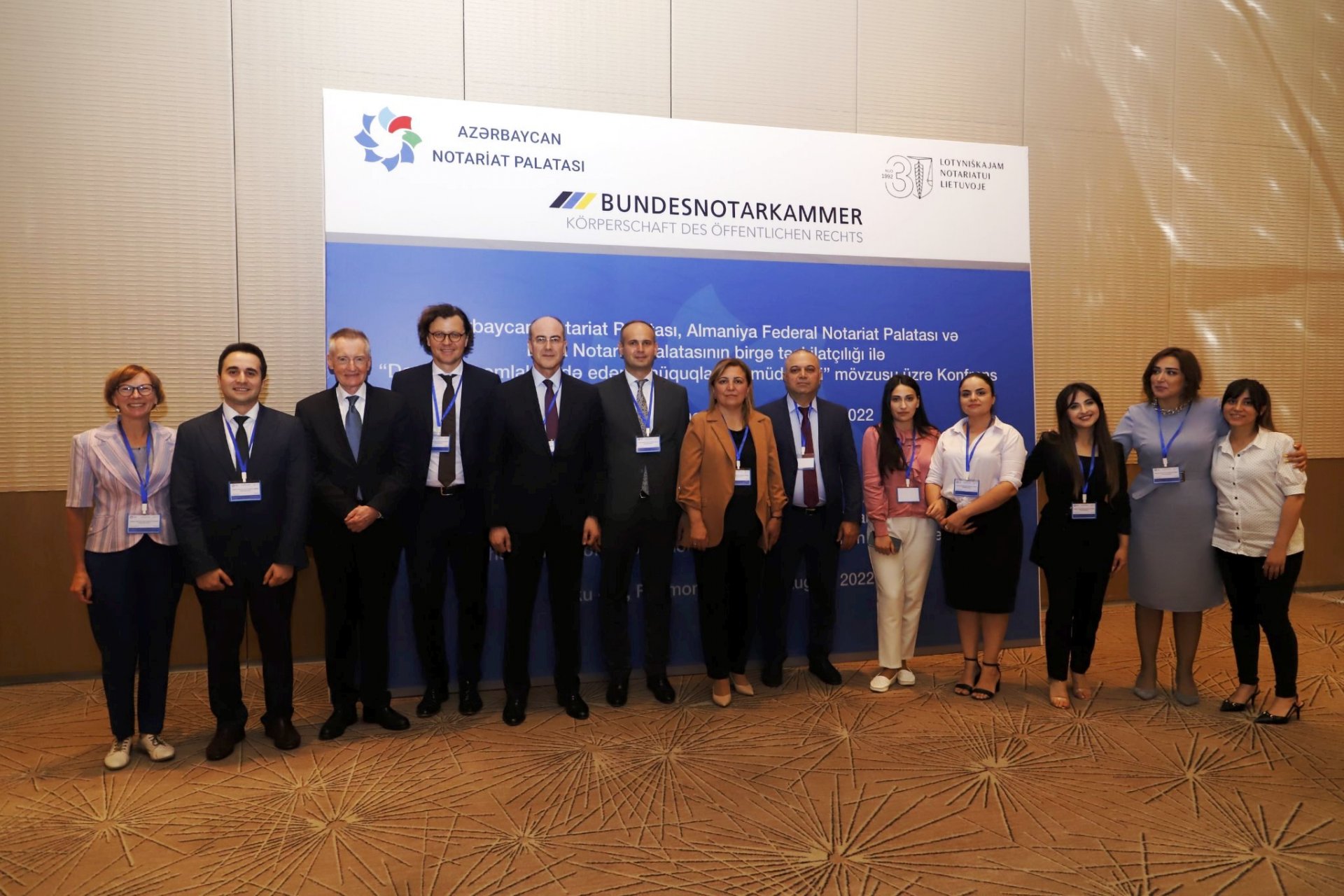 Both countries, in order to strengthen the principles of the Latin notary, agreed to hold legal seminars and international events, bilateral meetings, exchange knowledge about the information technologies in the work of notaries, and organize professional training events. The signing of the agreement was observed by Viktoras Dagilis, Minister Counselor of the Lithuanian Embassy in Azerbaijan.

During their visit to Azerbaijan on August 16-19, R. Bock and M. Stračkaitis took part in the tripartite conference dedicated to the aspects of the protection of consumer rights in the activities of notaries and notarial ethics. M. Stračkaitis delivered presentations on the protection of consumer rights when transferring real estate in Lithuania and the ethical principles of notaries.